Crews were still cleaning up the site Wednesday, digging trenches to dig up contaminated areas. Large vacuums were hauled in to suck up the fracking water, which consists of a combination of water, silica sand and chemicals

An inquiry made by Mint Press News to the Pennsylvania Department of Environmental Protection (DEP) regarding the well site number could not immediately be fulfilled.

The Tuesday spill seeped into the basement of a nearby home and onto the site of a miniature horse farm, according to the Environmental Protection Agency (EPA). The owners of the farm and home were not in town at the time of the spill.

“The back part I can’t mow, because they got it all dug up,” Fred Kuntz, who works at a farm along Sickler Road where the spill occurred, told local station WNEP. “Behind his lawn, I can’t mow. The field up there, they’ve got it all messed up. What am I supposed to do? Take it day by day.”

In mid-March, a malfunction at a fracking site in that same county spilled more than 227,000 gallons of frack fluid. The spill led to the evacuations of several homes, with residents alerted in the middle of the night as crews expressed concern about potential explosions. Nearby homes were provided with bottled water by the oil and gas company in the aftermath of the spill. The company said it would test residential water if prompted to do so by the state’s Department of Environmental Protection (DEP).

An April 8 report indicated that water testing near that site was ongoing. Despite this, the EPA gave the go-ahead for the company to continue fracking at the site. An initial water test administered by Carrizo found “nothing unusual, nothing unexpected in the water,” according to the company’s spokesman Richard Hunter. Independent tests by the DEP are not being conducted.

Local station WNEP reported that, at one point, more than 800 gallons of fracking fluid were flowing out of the site per minute.

Pennsylvania has become a hotbed for the fracking industry, as the state sits on top of the Marcellus Shale formation, known for its rich natural gas content.

The EPA has not issued penalties against Carrizo for the spill and is allowing the company to continue drilling at the site. Carrizo has more than 100 wells in Pennsylvania, and has received 48 violations. It is a publicly-traded NASDAQ company.
Arriba 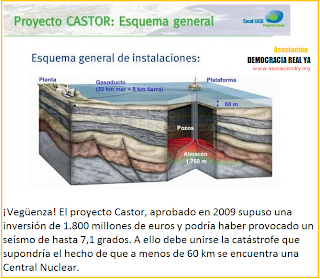